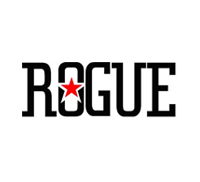 Rogue Ales was founded in Ashland, Oregon in 1988 by three Nike, Inc. executives: Jack Joyce, Rob Strasser, and Bob Woodell. the company relocated to Newport in 1989 and opened its flagship brew pub on the town’s waterfront. The following year the company opened their second brewpub in Newport, Oregon where they are now headquartered. They operate brewpubs in Oregon, Washington, and California. Rogue exports throughout the US and internationally. Rogue Ales have been

described as “invariably fun and full flavored”.
Rogue to date has produced more than 60 different ales using a non-pasteurized process with no preservatives, all natural ingredients (many from the Pacific Northwest which includes all of their malts and hops) and a special proprietary yeast known as “Pacman”.
The company’s offerings are popular with critics and craft beer aficionados and have been major award winners in worldwide competitions.