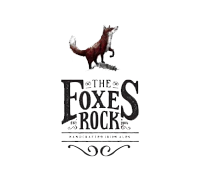 ”Cumberland Breweries” is situated in the heart of the village of Great Corby, England. Located in what was the village forge, this grade 2 listed building dates back to 1833. Brewing started in 2008 of the “Corby Ale” and the “Corby Blonde” which were produced in cask form. They were followed by 2 other successful cask ales, but popularity of the products eventually formed the decision to launch the range of ales in 500 ml bottles – why not pick some up to try it at home with friends? And that was a perfect decision.

/> Following the success of the brewery in Great Corby, the second brewery in Newry, Northern Ireland, was opened in late 2013. It was based in the old “Station Works” brewery behind Newry train station on the main Belfast to Dublin railway line. At “Station Works” they craft the latest edition to the Cumberland Breweries portfolio – the “Foxes Rock” range. The “Foxes Rock” rises at the start of the Cooley Mountains – a region of myth, magic, majestic beauty and… beneath which a sleeping giant is said to lie.