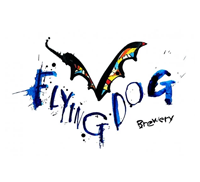 In 1983 George Stranahan with a company of like-minded has set a target to overcome the second highest world’s most dangerous peak – K2, situated on the border of Pakistan and China. After returning from the successful tour to Pakistan, the comrades noticed a picture in the hotel, with a dog floating in the air. After the intense 35-day march to the dangerous mountain peak, this painting left an indelible impression to many. In 1990 George Stranahan founded the beer pub in Aspen, Colorado (USA), and, remembering the painting in

Pakistan, called it the Flying Dog. After four years George and his longtime friend, another mountaineer Richard McIntyre, founded a brewery in Denver, later moved brewing to Frederick in the state of Maryland. This brewery brews the Pale Ale style beer appreciated all over the world and the Doggie Style has been chosen as the best American Pale Ale style beer in 2010. In 2015 the Flying Dog is planning to open an experimental brewery to ferment beer in particularly traditional methods, and experiment with styles unusual for this brewery.